Currently, in many parts of the world, environmentalists are referring to a 2018 United Nations security resolution that warned of the adverse effects of climate change, ecological changes and natural disasters. This warning is now being realized through what is happening particularly in Africa which is experiencing droughts, desertification, land degradation and food insecurity in different countries. Sudan, in particular, has become an example of vulnerability due to increased frequency of droughts and high variability in rainfall. This affects rural areas where the livelihoods of pastoralists play a dominant role.

Such distressing situations also appear in other parts of the world – in Latin America, Asia and also in different parts of Australia. Women, youth and children are the groups most affected by such climate insecurity. This is particularly evident in South Asia, India and Bangladesh.

Such momentum, according to Nisreen Elsaim, Sudanese climate activist and chair of the United Nations Secretary-General’s Youth Advisory Group on Climate Change, also creates climate-related emergencies that not only lead to major disruptions in healthcare. and climate-related internal migration, but also increased risk of gender-based violence. It is becoming evident that women, youth and children are the groups most affected by climate insecurity.

This renewed interest in the effects of climate variability came to the fore ahead of the 26th United Nations Conference of the Parties on Climate Change (COP26) scheduled to take place in November this year in Glasgow, Scotland.

Nature historian Sir David Attenborough, in a video message, also issued a strong warning that “the stability of the whole world” could be altered by climate threats. In this context, he drew attention to emerging threats of an “unprecedented nature”. He also stressed that climate change ignores national borders and turns forests into deserts, drowning large cities and leading to “the extermination of a large number of creatures with whom we share our planet”.

UN Secretary-General António Guterres has also drawn attention to the fact that the last decade has been the hottest in human history and that forest fires, cyclones and floods are now become the new normal within communities. It is also starting to affect political, economic and social stability. He also stressed that “climate change is an amplifier and a multiplier of crisis” because it also dries up rivers, reduces harvests, destroys critical infrastructure and displaces communities.

It can be noted that during the recent discussions in the last week of February at the UN and in some of its institutions, including UNEP, a consensus emerged that 2021 will be critical, not only to curb the rapid spread. of the COVID-19 pandemic, but also to respond to the impact created by climate variability. It is also a climate challenge. Guterres also reiterated the need to create a global coalition for carbon neutrality by 2050. It is hoped that such a step will also help contain growing pollution in the atmosphere.

Likewise, the United Nations Economic and Social Commission for Asia and the Pacific (ESCAP) has reminded us that sustainable energy in the form of a reliable and uninterrupted energy supply is essential to manage the various impacts that the world is facing. is facing due to the pandemic crisis.

Armida Salsiah Alisjahbana, Under-Secretary-General of the United Nations and Executive Secretary of ESCAP, noted some interesting aspects of this paradigm.

Attention was drawn to the fact that clean and sustainable energy is essential to our recovery from the COVID-19 pandemic. The SDGs in this regard could then be a guiding framework to better get back together:, decent work, poverty and inequalities, to name a few, and (b) by directing stimulus spending towards investments in renewable energy and energy efficiency projects.

This will then help create more jobs for the same investment as fossil fuel projects. By increasing spending on clean cooking and access to electricity, we can also improve economic activity in rural areas and introduce modern infrastructure that can make communities more resilient and inclusive, especially for the good- to be women and children. You have to agree with such a format.

In addition, investing in low-carbon infrastructure and technologies can create a platform and base for achieving ambitious climate commitments reached in the Paris Agreement that sets targets for a warming limit. climate of 2 degrees.

Therefore, it was interesting to note that during the February discussions, several countries announced their desire to achieve carbon neutrality, in line with the targets set out in the SDG matrix. We must understand that we must harness the capacity of sustainable energy to rebuild our societies and economies while protecting the environment in pursuit of the 2030 Agenda for Sustainable Development.

Reference should also be made here to the decision of the new US administration Biden to join the Paris Agreement. It’s not just symbolic. It has powerful and political significance for COP-26. President Biden signed a letter in this regard on his first day in office. The connotation of returning to Paris, according to environmental analysts, means that now the United States will have to follow the rules again. These rules mean that this year the United States will have to improve on its previous pledge to cut carbon emissions made in the French capital in 2015. It can be mentioned that President Biden has pledged to achieve net zero emissions by 2050 and 100 percent clean electricity by 2035. This equation will now guide the US economy and society for decades to come. Coming back to Paris also means that it is no longer “America First”. He also reiterates the fact that “multilateralism” is once again present in the White House.

This change in US policy is quite understandable. The world has watched in horror the many wildfires in California. These have been associated with climate change. There have also been numerous forest fires in Australia and South America. These incidents sent a clear message: the climate now plays an important role in security policy. President Biden’s cancellation of the Keystone XL pipeline permit was also a carefully calculated message to the oil industry.

It should be understood that the United States has once again become a party to the multilateral effort to overcome the existential threat posed by climate change. Along with the pandemic, the economy and racial justice, it has now become one of the four key crises facing the new administration.

He also clearly understands that tackling the root causes of rising temperatures can not only benefit other pressing issues, but also that there is symbiotic connectivity in this regard. The action plan also made it clear that responsible authorities in the United States understand that climate solutions can boost the economy and also generate jobs.

It should be remembered that during his campaign for the presidency, Biden focused on electric vehicles and charging infrastructure (necessary in this regard), the construction of high-speed railways and the improvement of energy efficiency in homes and offices. Many suggest that all of this could be difficult to achieve quickly. However, it is also mentioned that to achieve this goal, the Biden team could push the US Congress to adopt a clean electricity standard that would set a target for green power, but leave it to utilities to find the best. way to achieve the goal. .

Former Secretary of State John Kerry will serve as President Biden’s special envoy on climate change. His presence will help move things forward not only for the United States but for the rest of the world as well.

It would also be appropriate at this point to refer to some of the views expressed regarding the impact of climate variability by Joyce Msuya, Deputy Executive Director of the United Nations Environment Program (UNEP). He rightly pointed out that environmental issues are development issues and are therefore everyone’s concerns.

In this regard, attention was also drawn to the fact that biodiversity loss is not only happening at a faster rate than ever before, but also pollution, especially plastic pollution, is emerging as a big problem.

In this regard, UNEP has rightly proposed that “environmental problems are development problems and they are everyone’s problems”. Citizens, as such, have been urged to make small changes in their households. It was also highlighted that communities, especially those who live around the oceans, can make small changes when it comes to their waste management to help improve the blue economy. It was also significantly suggested that governments need to work with the private sector, indigenous communities, civil society, the youth population and children to deal with environmental change. This means that inclusive multilateralism is the answer to our problems. We have to pay more to protect nature than to exploit it.

António Guterres correctly described how the world is facing a grave and grave situation. Apparently, in the current growth trajectory “despite a temporary drop in emissions due to the pandemic, the earth is heading towards at least 3 ° C of global warming this century; more than one million of the estimated 8 million plant and animal species are at significantly increased risk of extinction; and diseases caused by pollution currently kill some 9 million people prematurely each year.

Muhammad Zamir, former ambassador, is an analyst specializing in foreign affairs, the right to information and good governance. 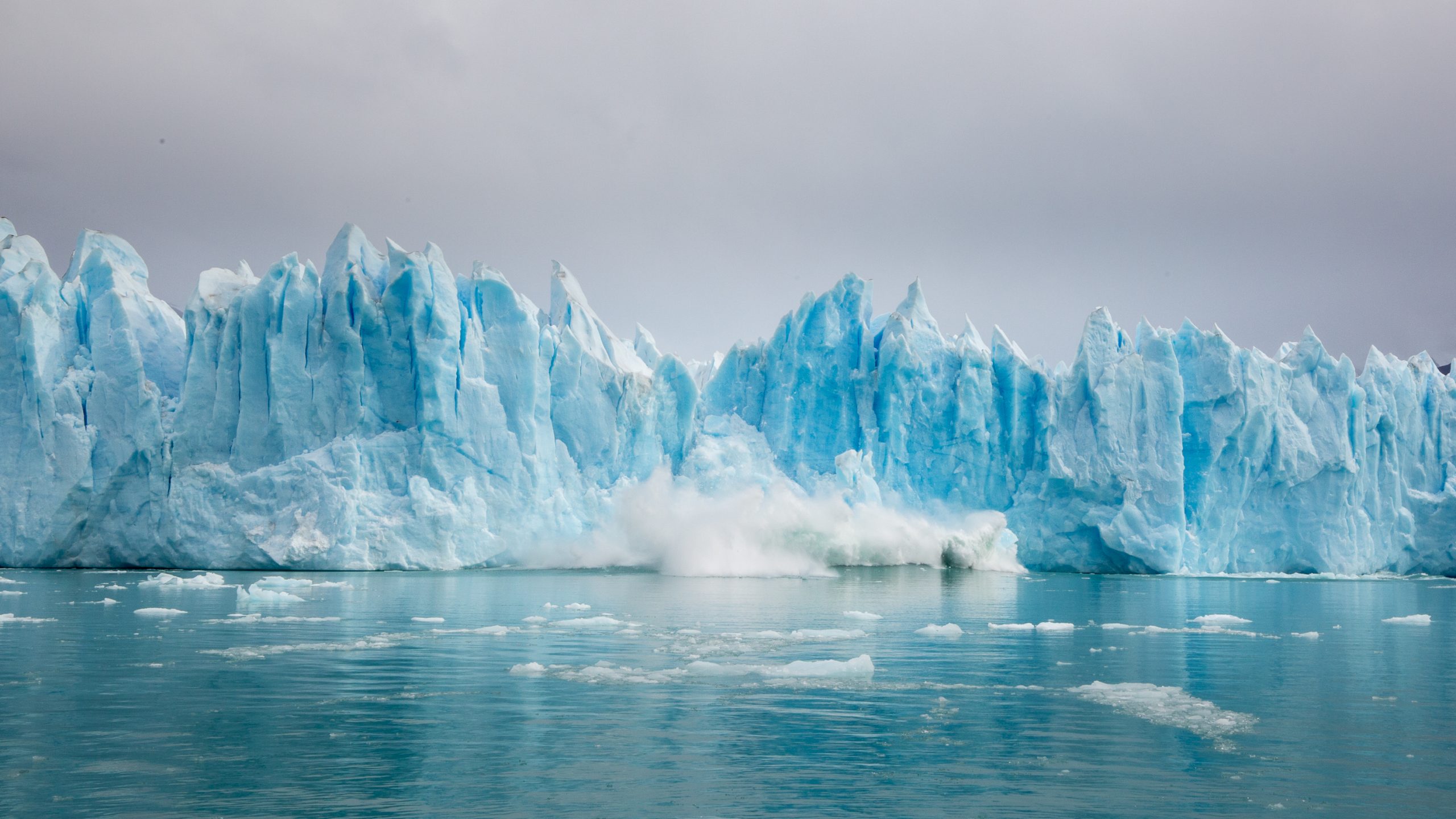 Antarctica is melting faster than models predict due to climate variability • Earth.com 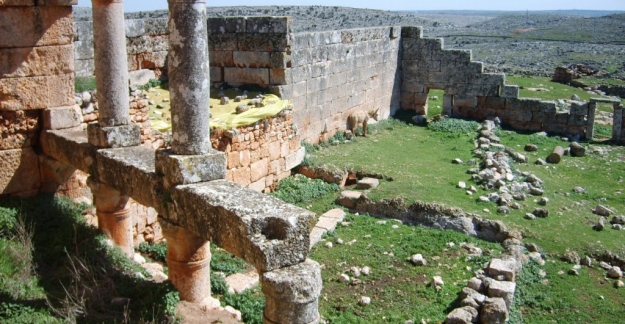